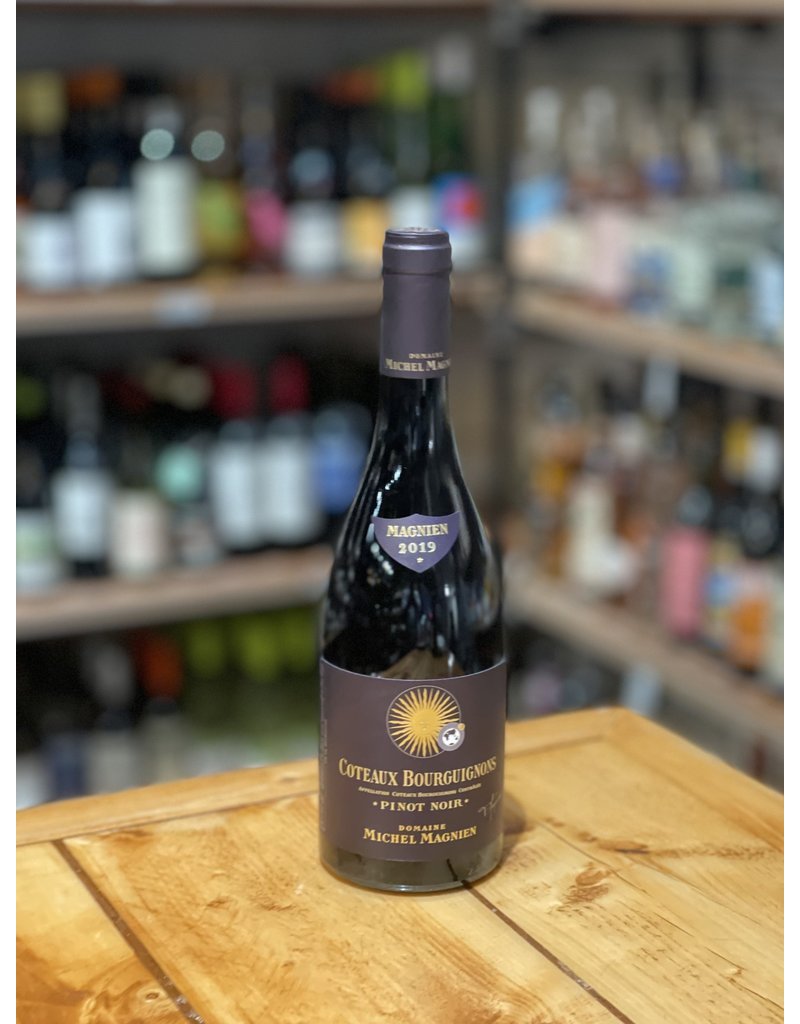 Taste: On the palate, this is medium weight and tastes of a wild blackberry patch of ripe berries surrounded by bramble and forest. Due to the older vine age, it shows good intensity, density and complexity for Pinot Noir with wild dark fruits like black currants well-integrated with smoke, black pepper, cinnamon and earth.

Food Pairings: This is a versatile food wine that can be enjoyed with meats such as chicken, ham, turkey, pork cuts, duck breast, game birds and richer fish such as salmon or tuna. Grilled or roasted vegetables, beans or mushrooms are good vegetarian matches. Earthy or herbed dishes would make good partners--try with umami flavors such as ramen broth, mushroom risotto or miso salmon.

Additional Notes:
Domaine Michel Magnien has evolved into a Burgundy producer of a singular style and philosophy from their cellars located in the village of Morey-Saint-Denis. Michel Magnien was born in 1946 and worked alongside his father Bernard from a young age. The Magniens sold their grapes to the local cooperative until 1993 when his son Frédéric joined the family business and persuaded his father to bottle the entire harvest by themselves. Frédéric Magnien began experimenting with organic practices in the late 1990s and the entire production was certified biodynamic by Demeter in 2015.

The Bourgogne Rouge comes from regional and village-level vineyards spread across the Côte de Nuits; from vines planted by Frédéric’s grandfather with an average vine age of 50 years. Around 20% whole clusters were included in the cuvée. The wine was vinified in half concrete and half used Burgundian pièce. It is not fined or filtered.

0 stars based on 0 reviews

Reach us by phone